BACK TO THE FUTURE: “ROST” SUPERMARKET OF POST-MODERNISM EPOCH

Home/News/BACK TO THE FUTURE: “ROST” SUPERMARKET OF POST-MODERNISM EPOCH

ROST supermarket chain has made a presentation to Kharkiv citizens. There was a new store opened in one of three unique buildings of post-modernism of the late 20th century, built in Eastern Europe.

Hitline has delivered full complex of cooling and refrigerating furniture for the ninth object of ROST retail chain. Round building the size of 2000 m2 that reminds of Colosseum has formed rather unusual retail zone. There were «Symphony MG 120 deli PS» lines of counters installed circle-wise for the gastronomy, cookery and confectionary sections.

Variety of frozen goods is exposed in «Alaska combi 2 MD MHV 110 LT D/C M» island of combined counters with 2 separated refrigerating systems. The counters are equipped with push-pull lids and encompass the latest technologies of Hitline in this class of equipment.

«Indiana MV 100 MT O M» lines of multideck cabinets which are installed in the centre of the trading room make arrangements for excellent keeping and exhibition of the packaged food.

«Missouri promo MC 100 deli self M» counters are installed for the promo sales. 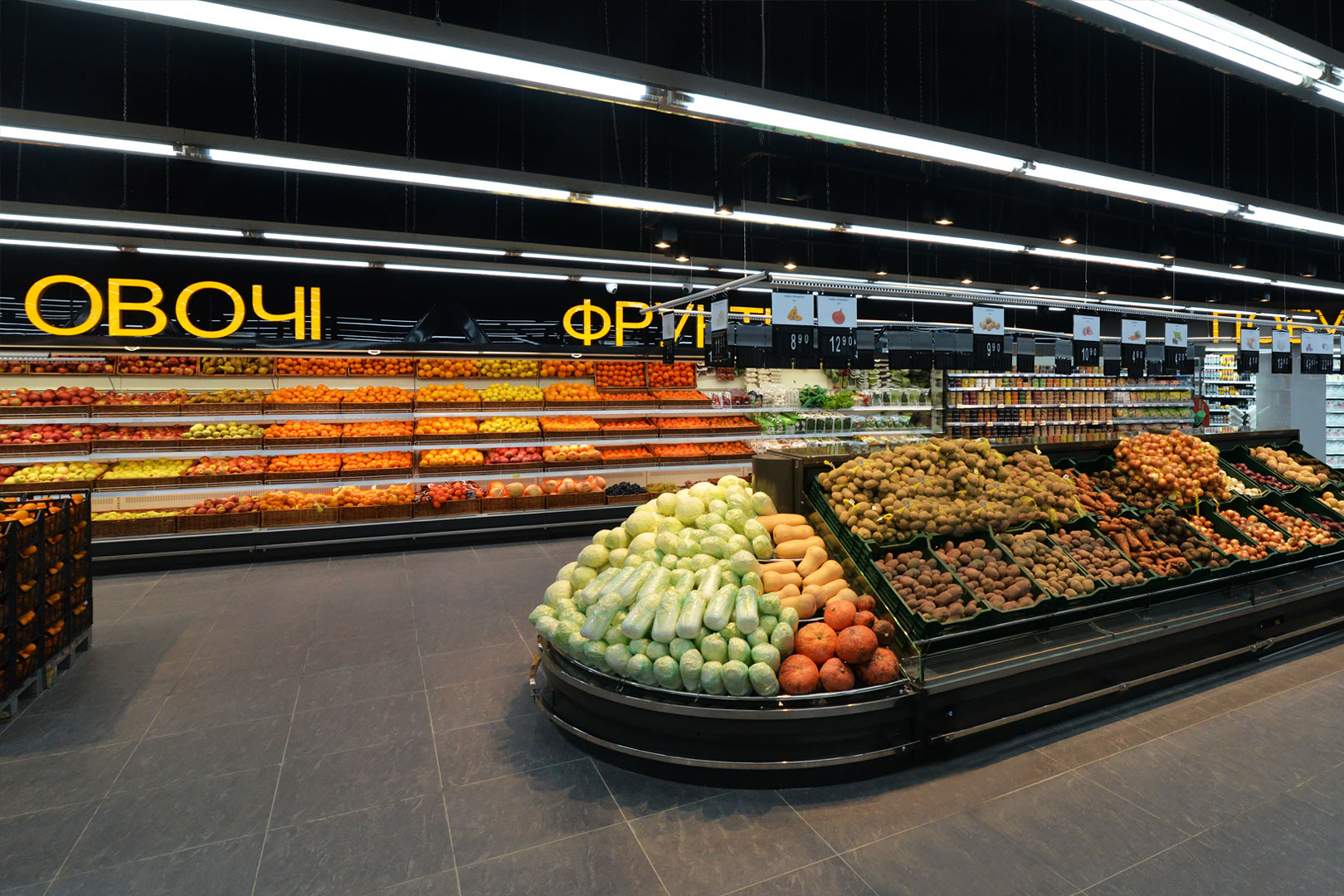 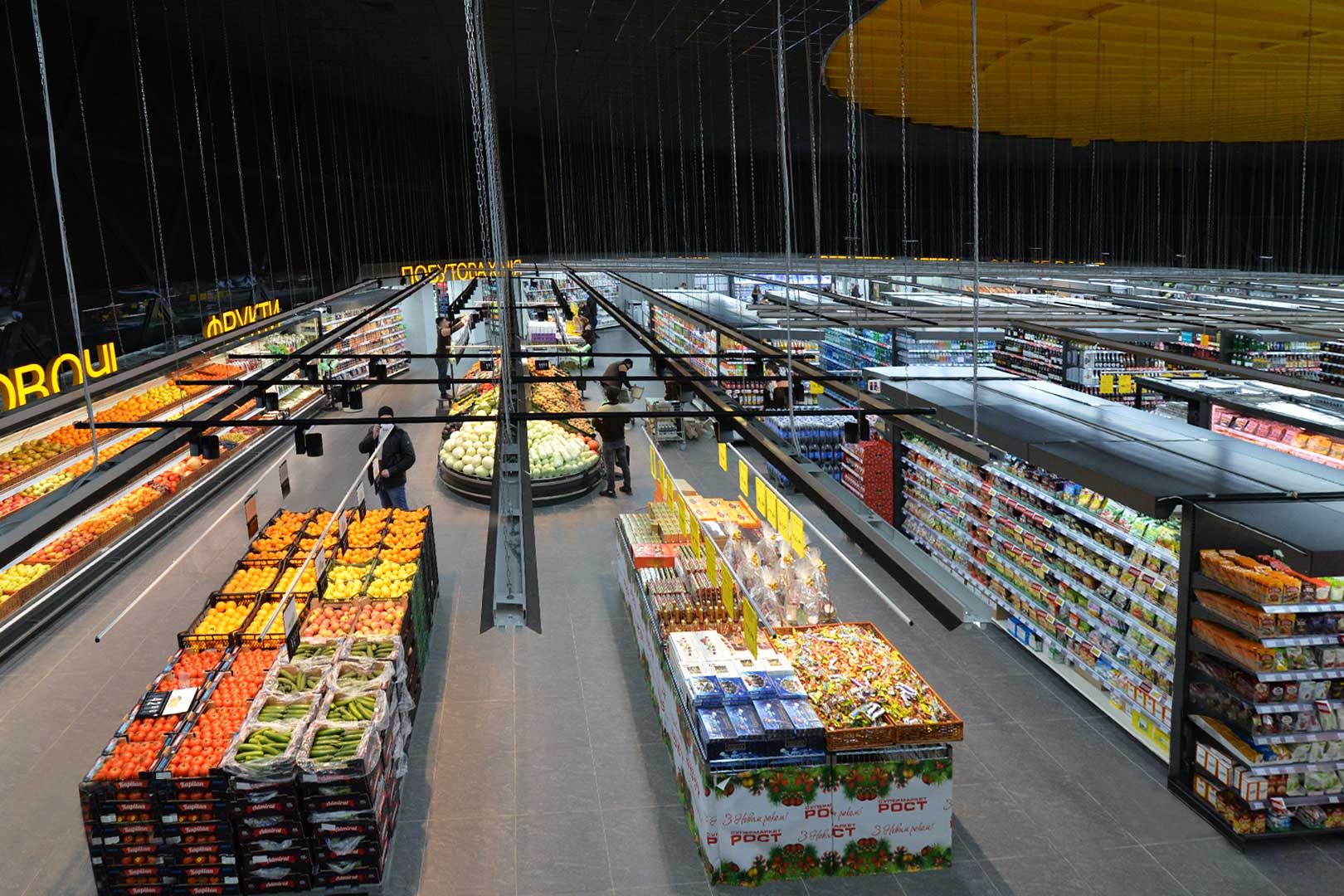 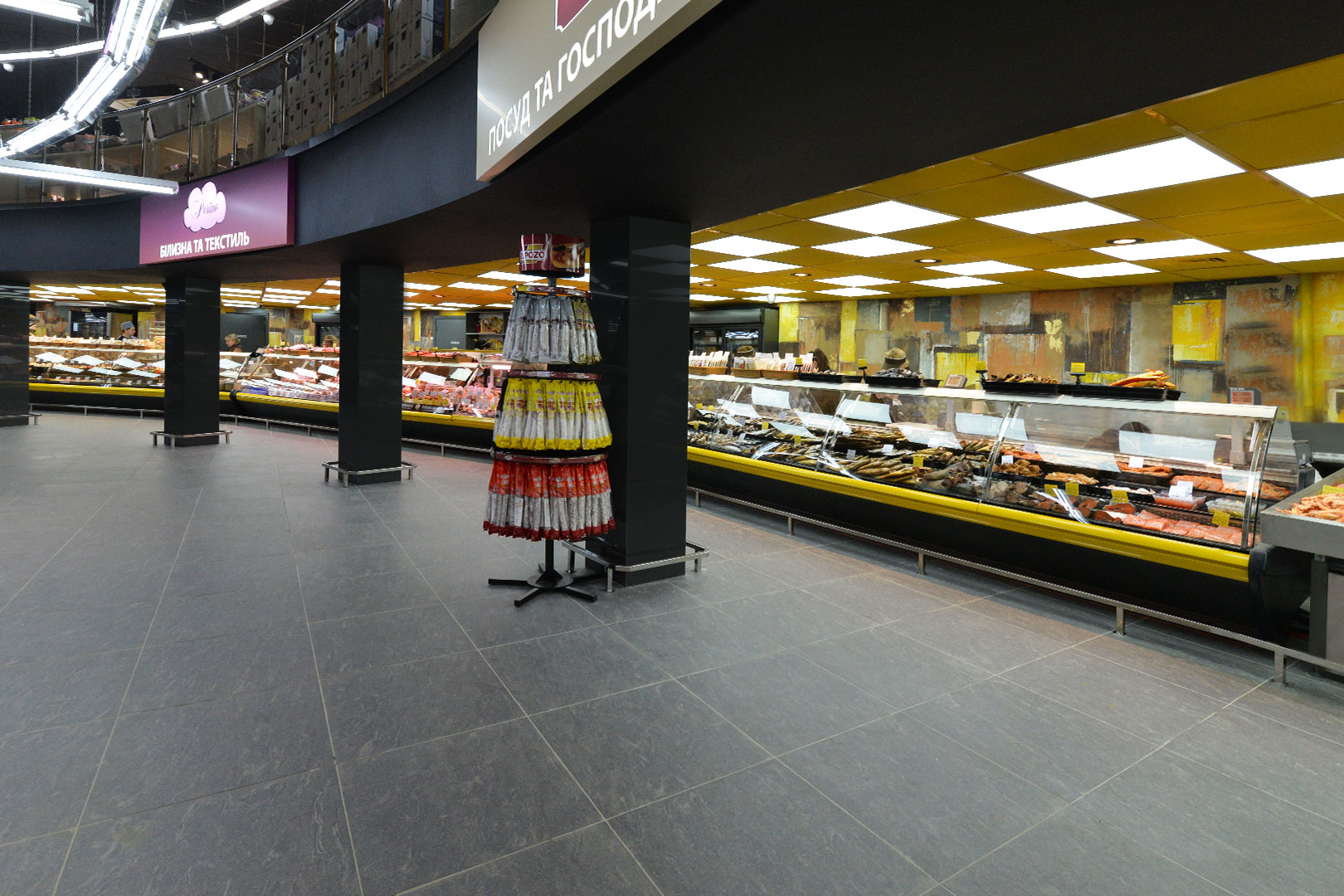 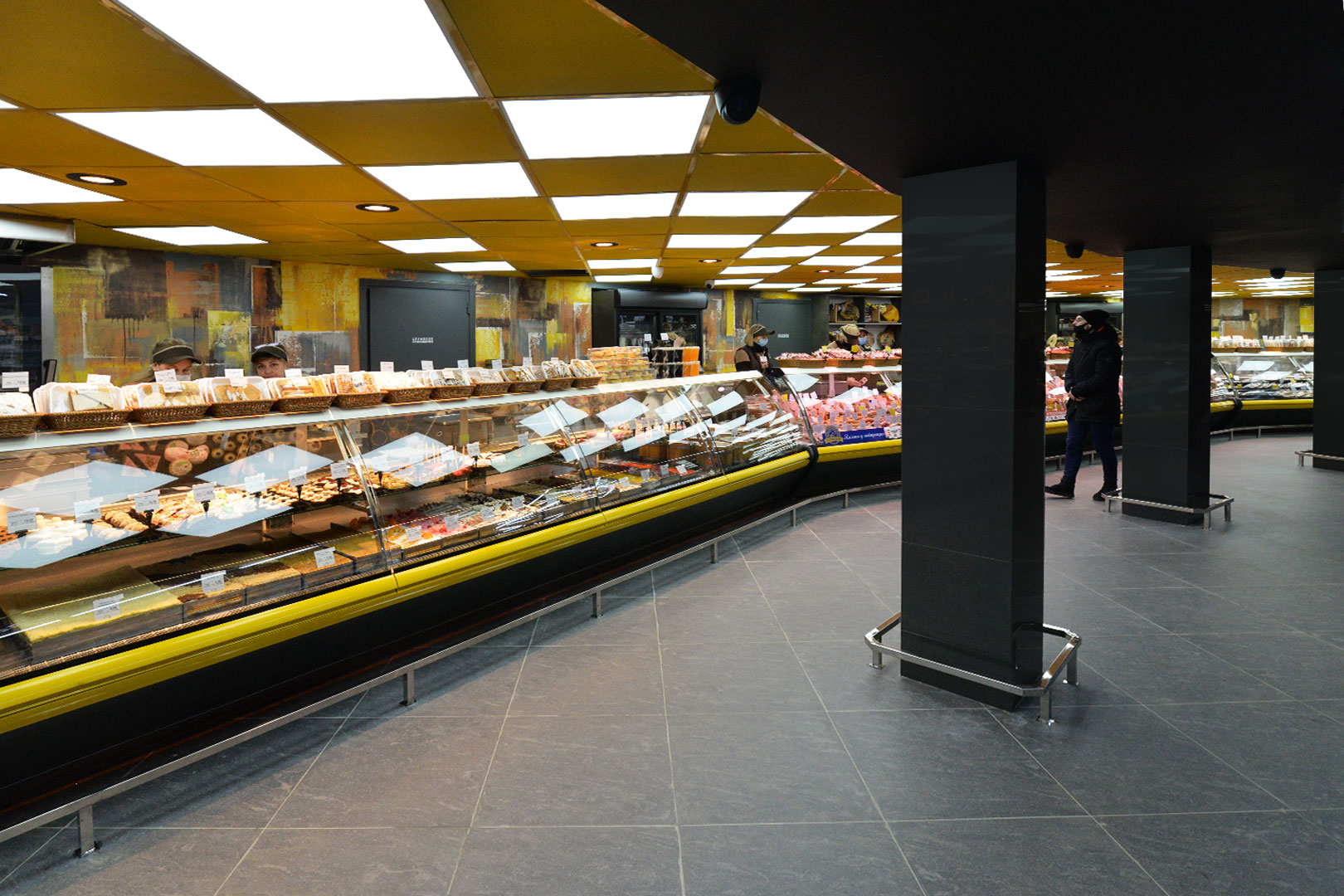 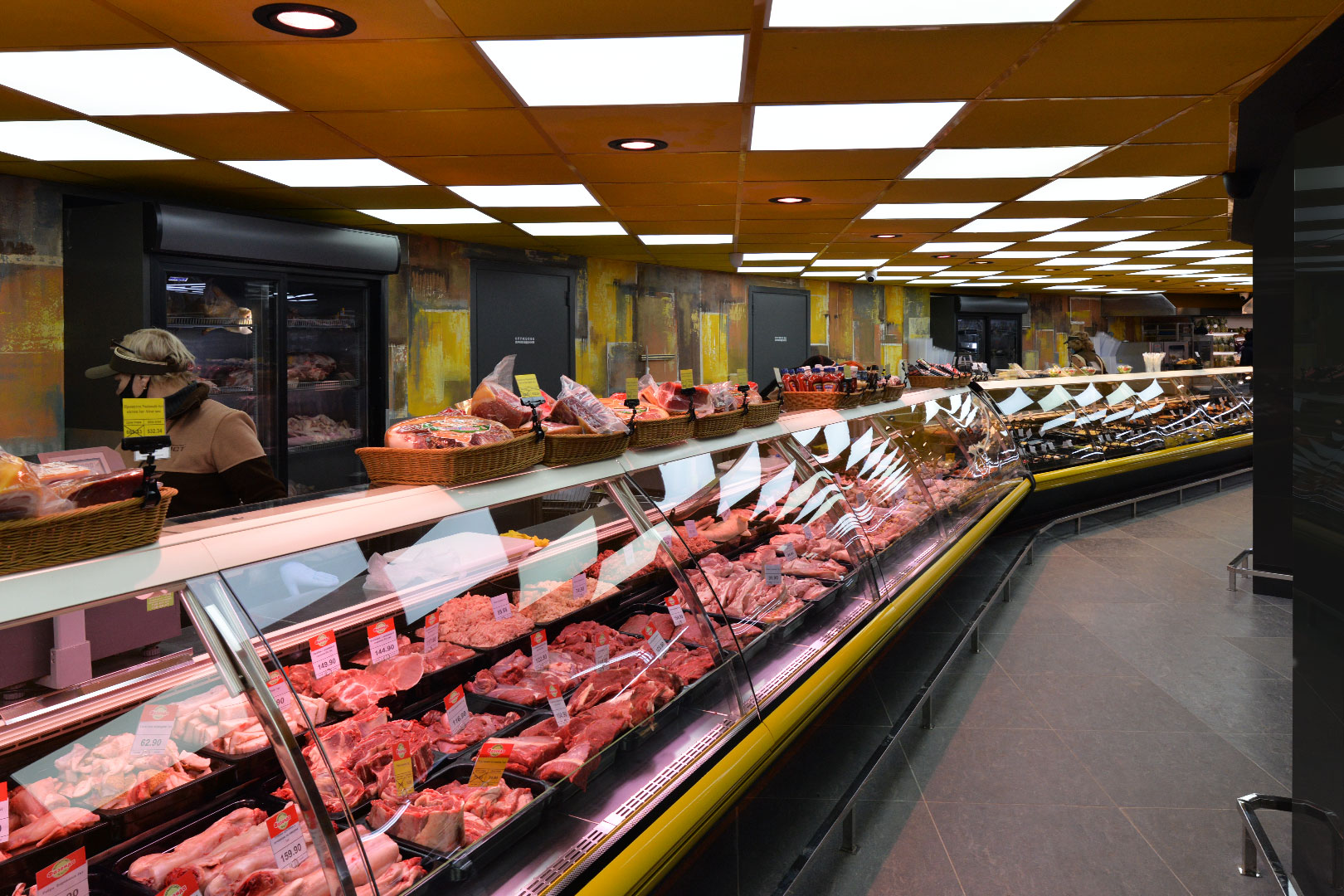 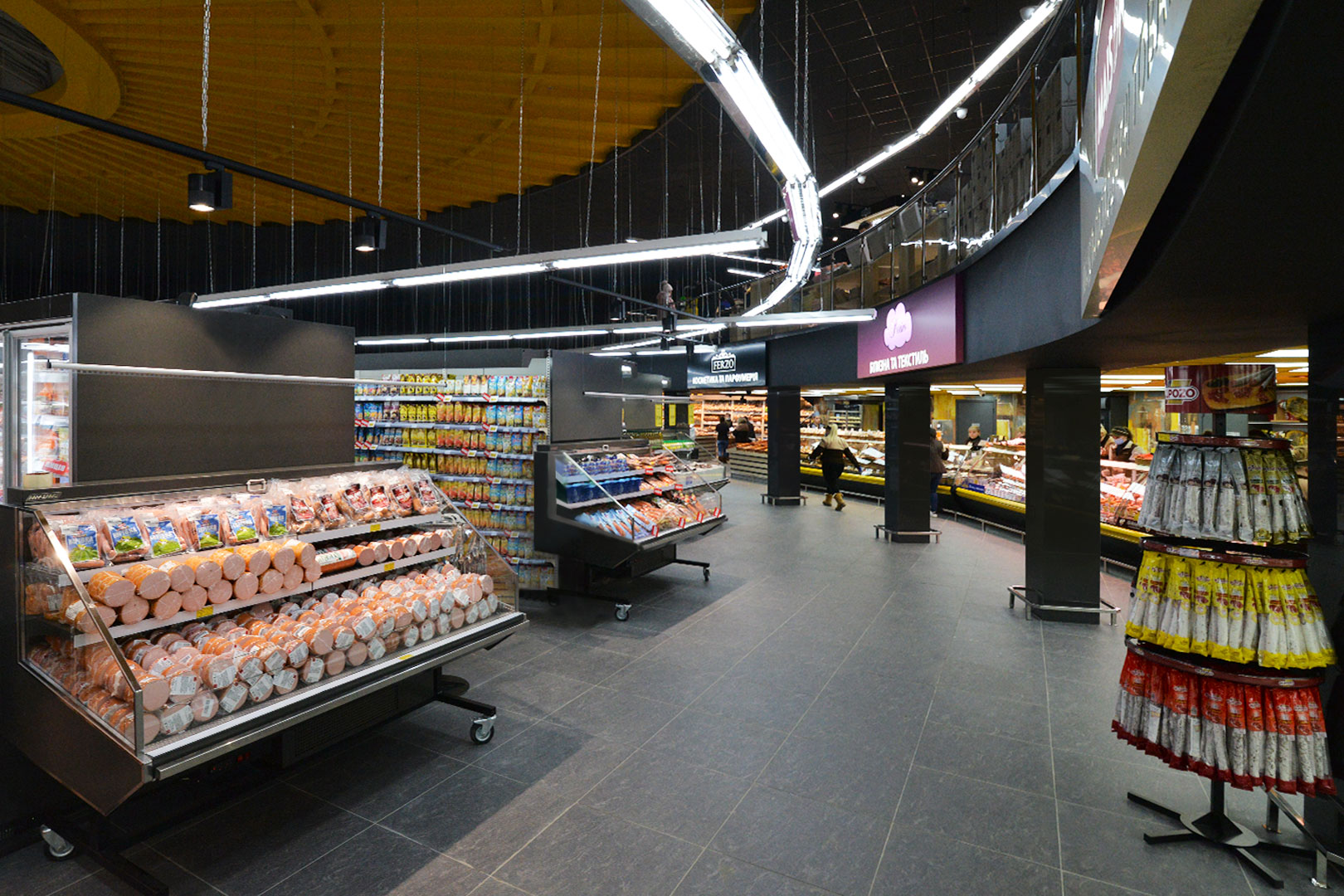 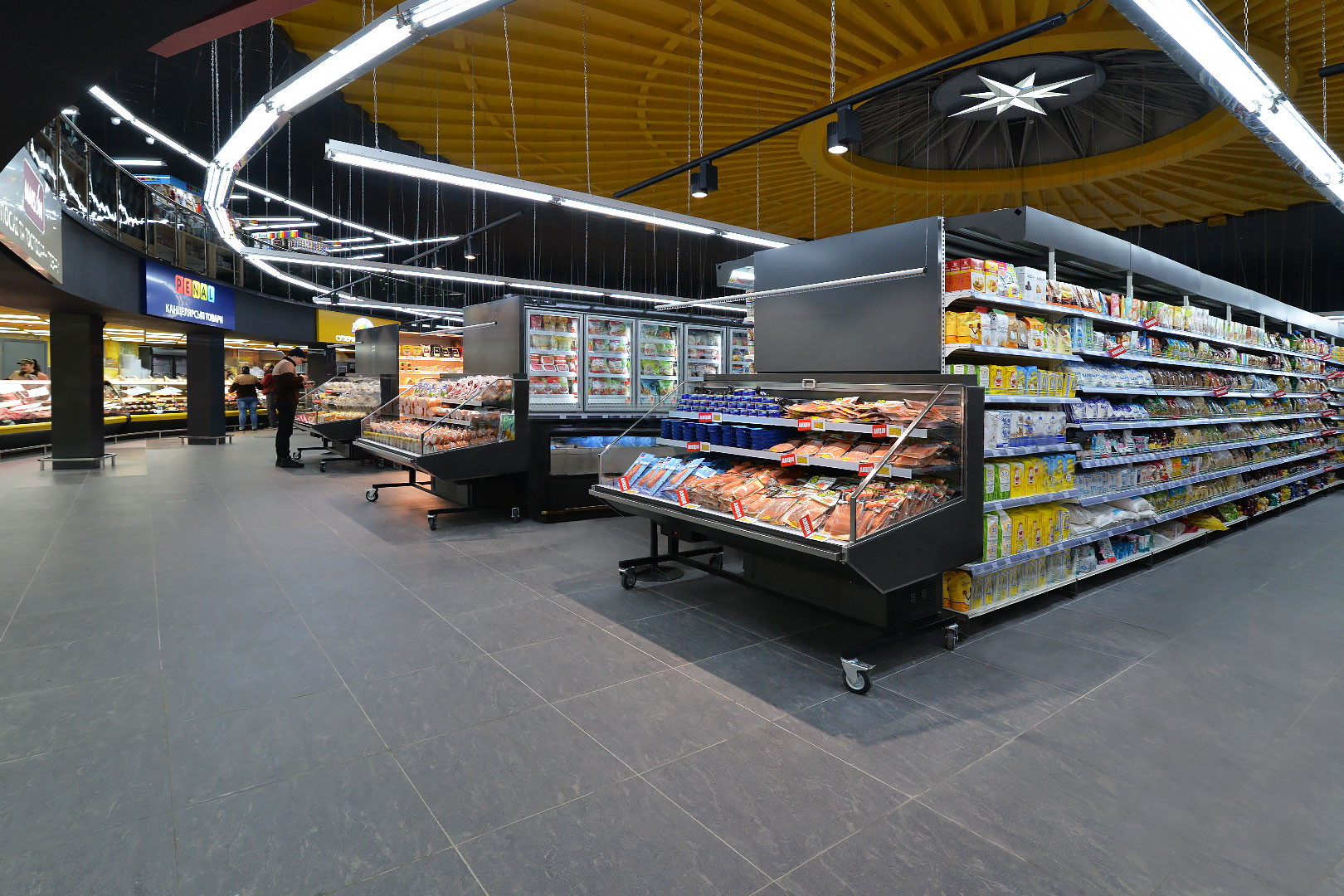 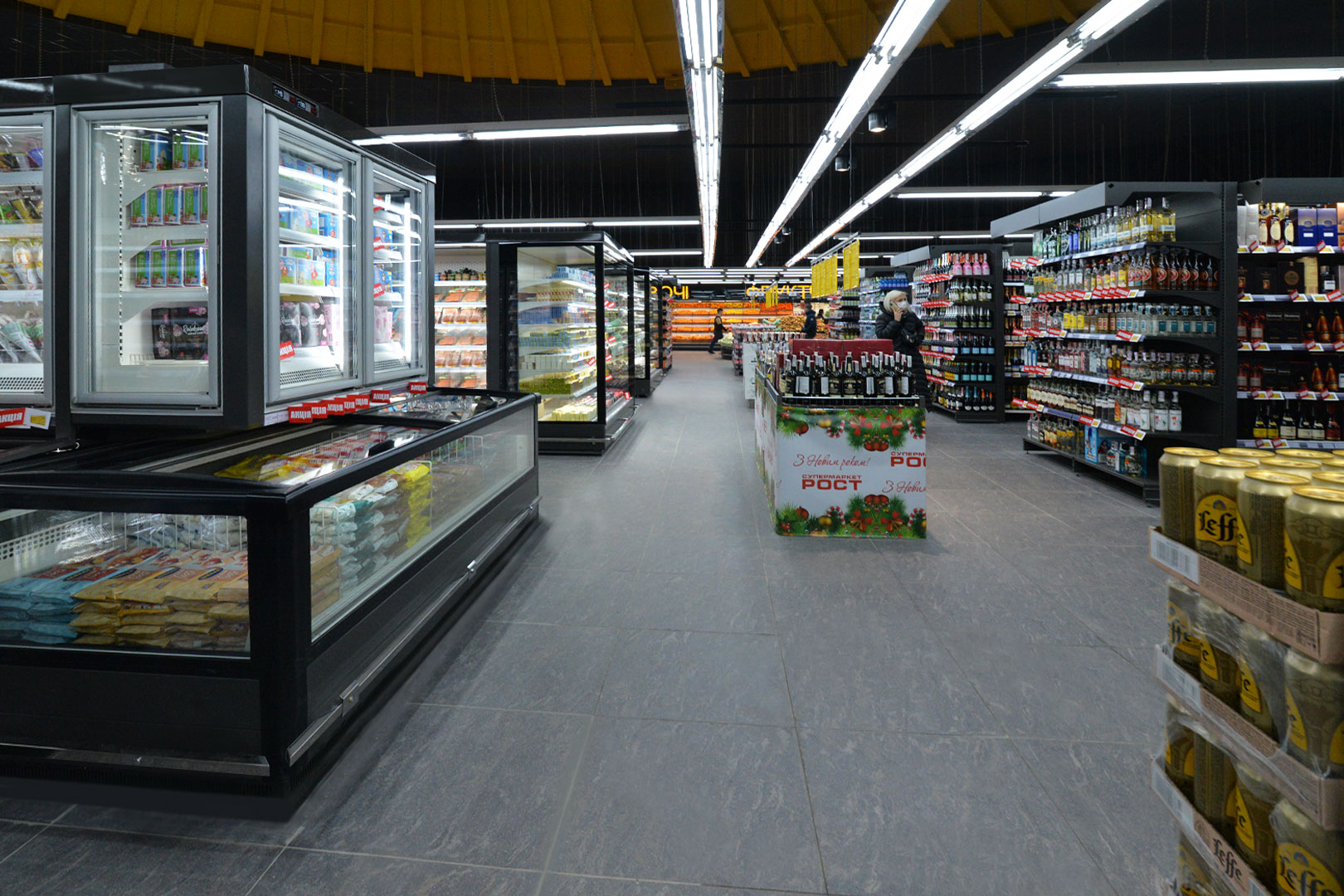 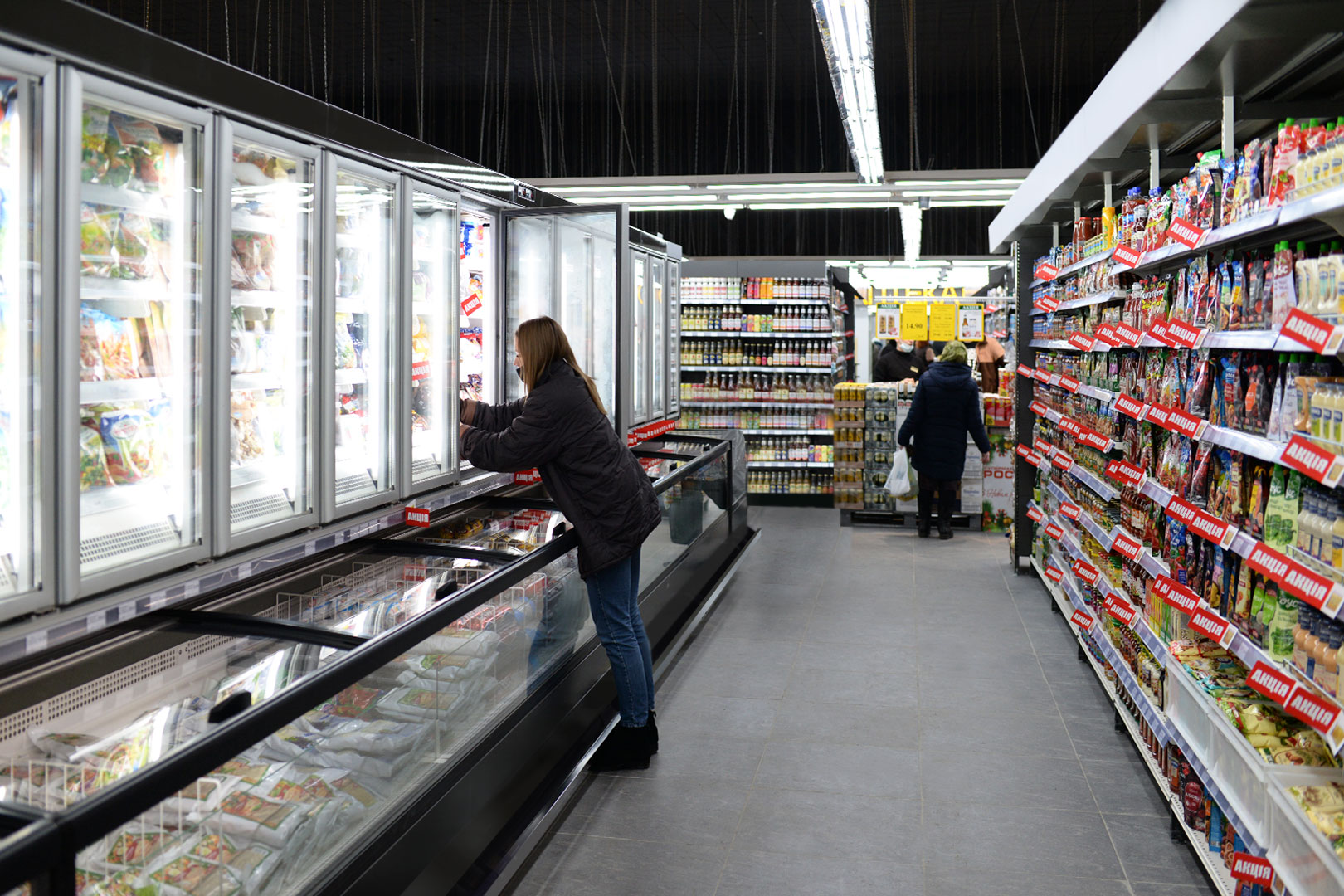 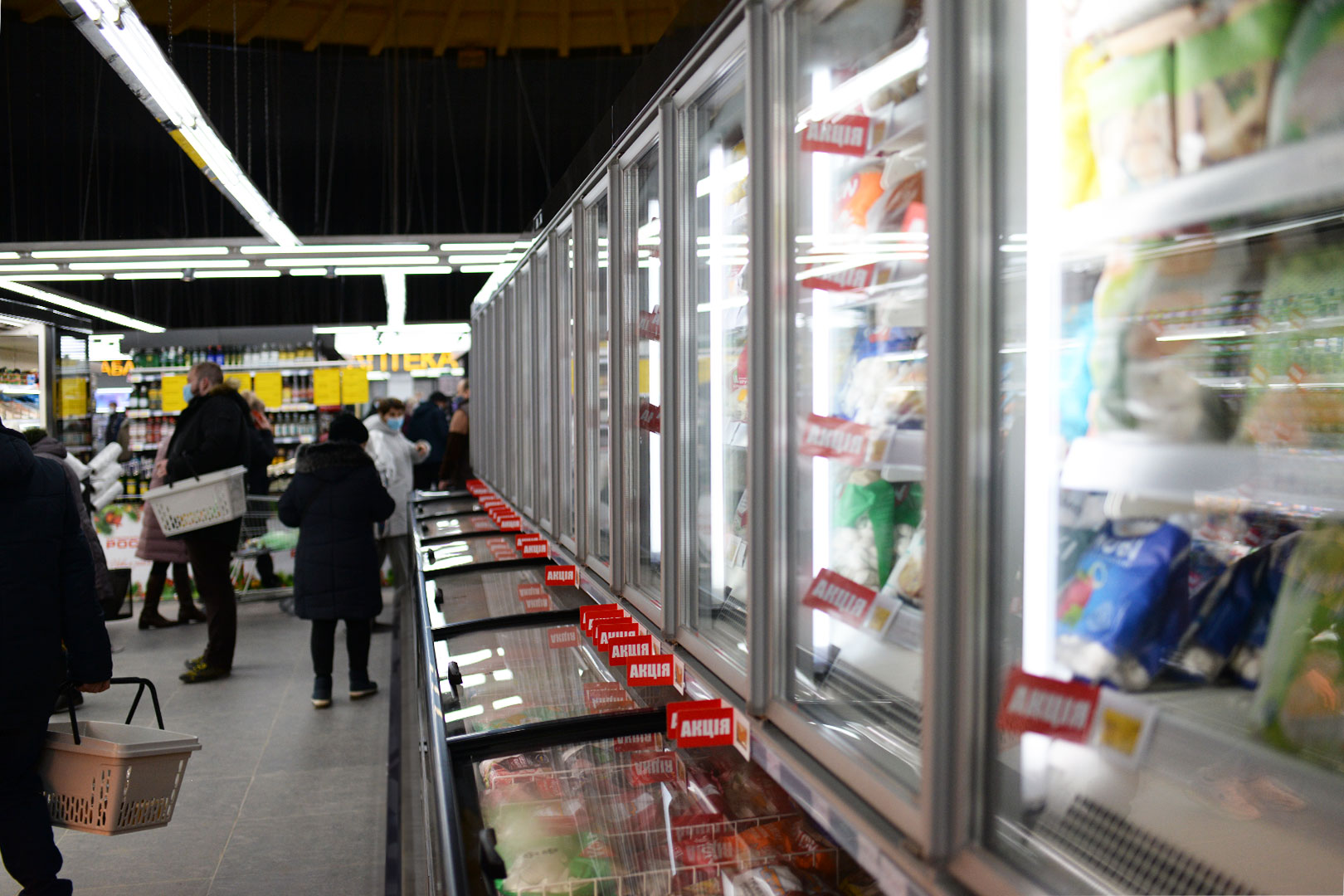 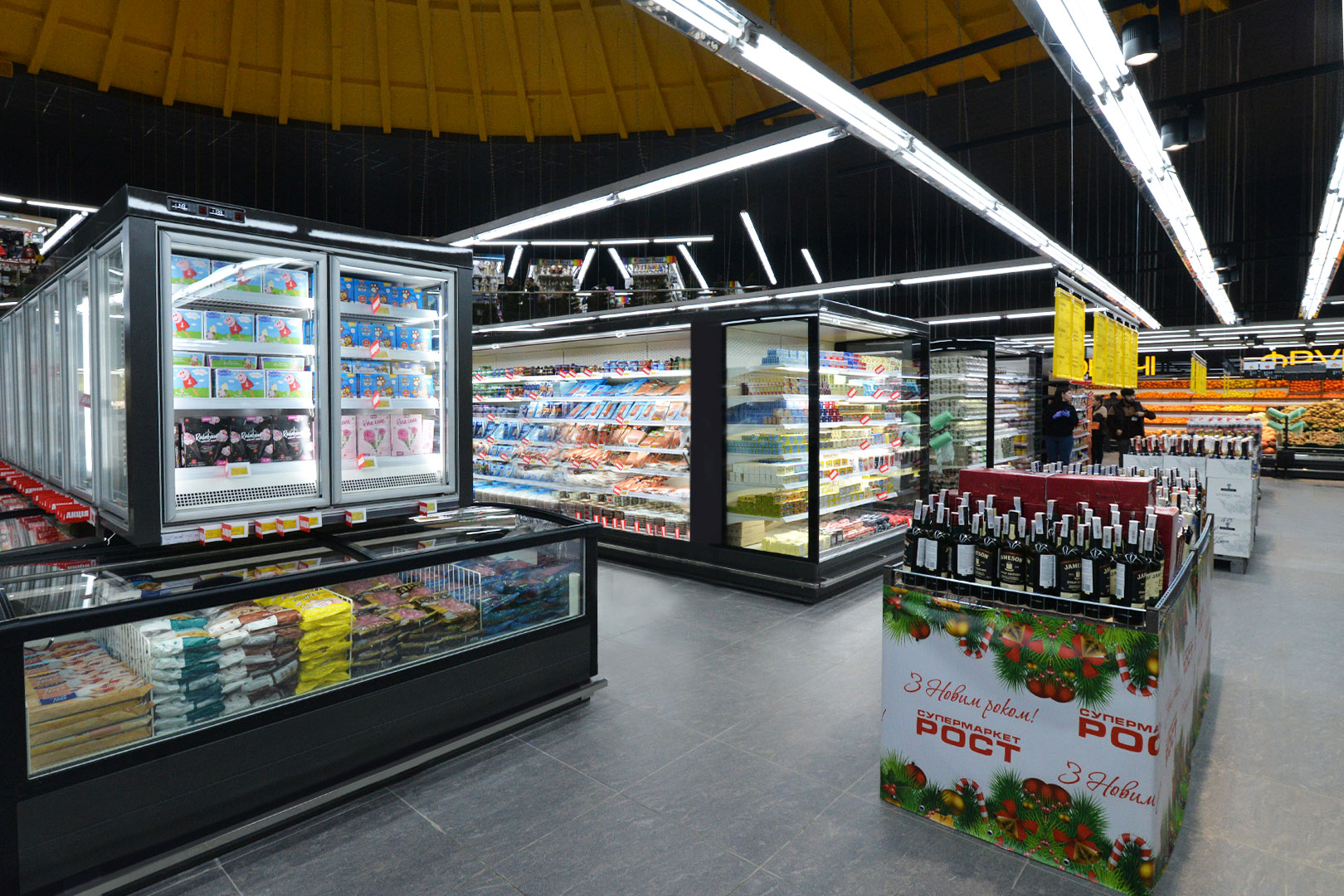 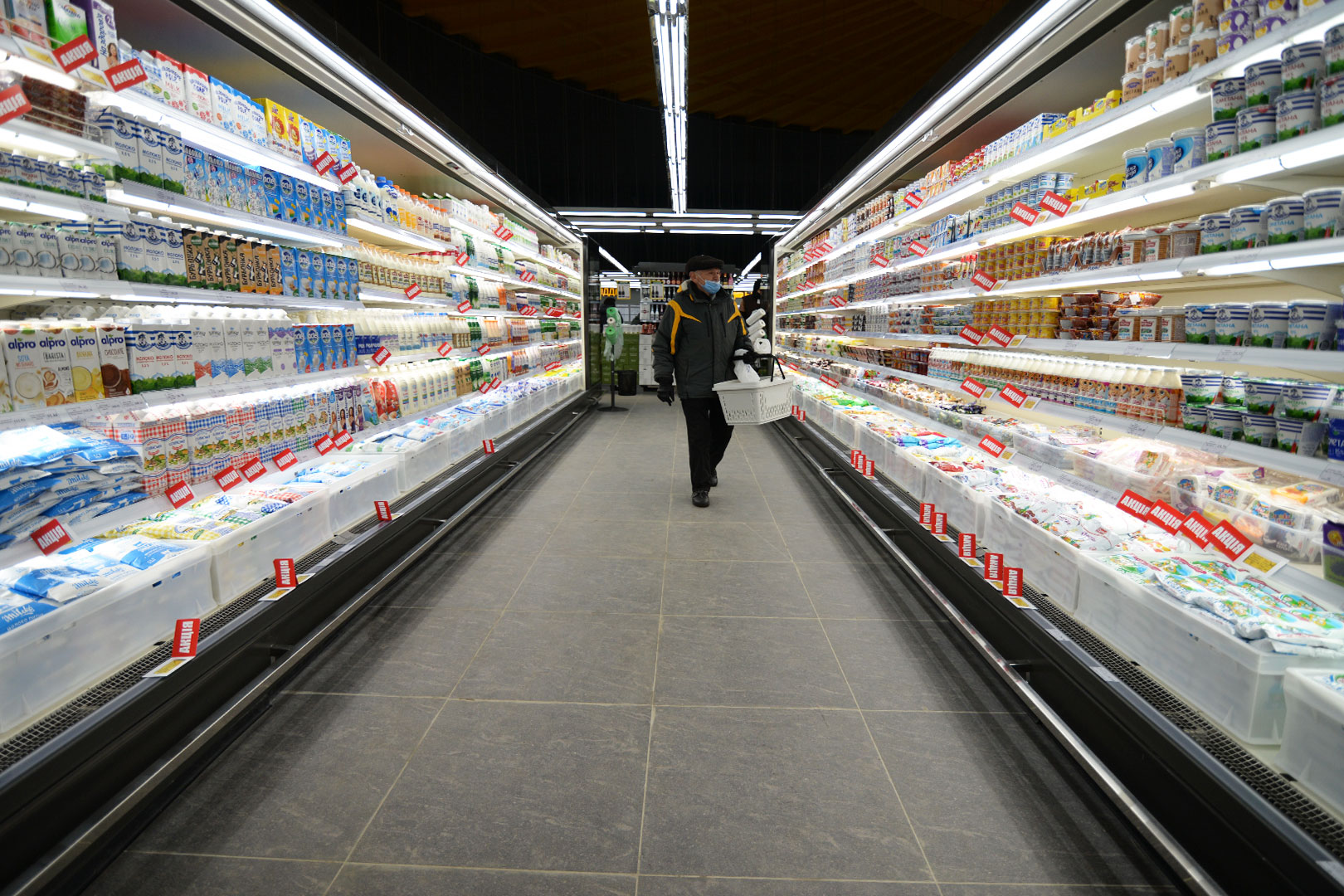 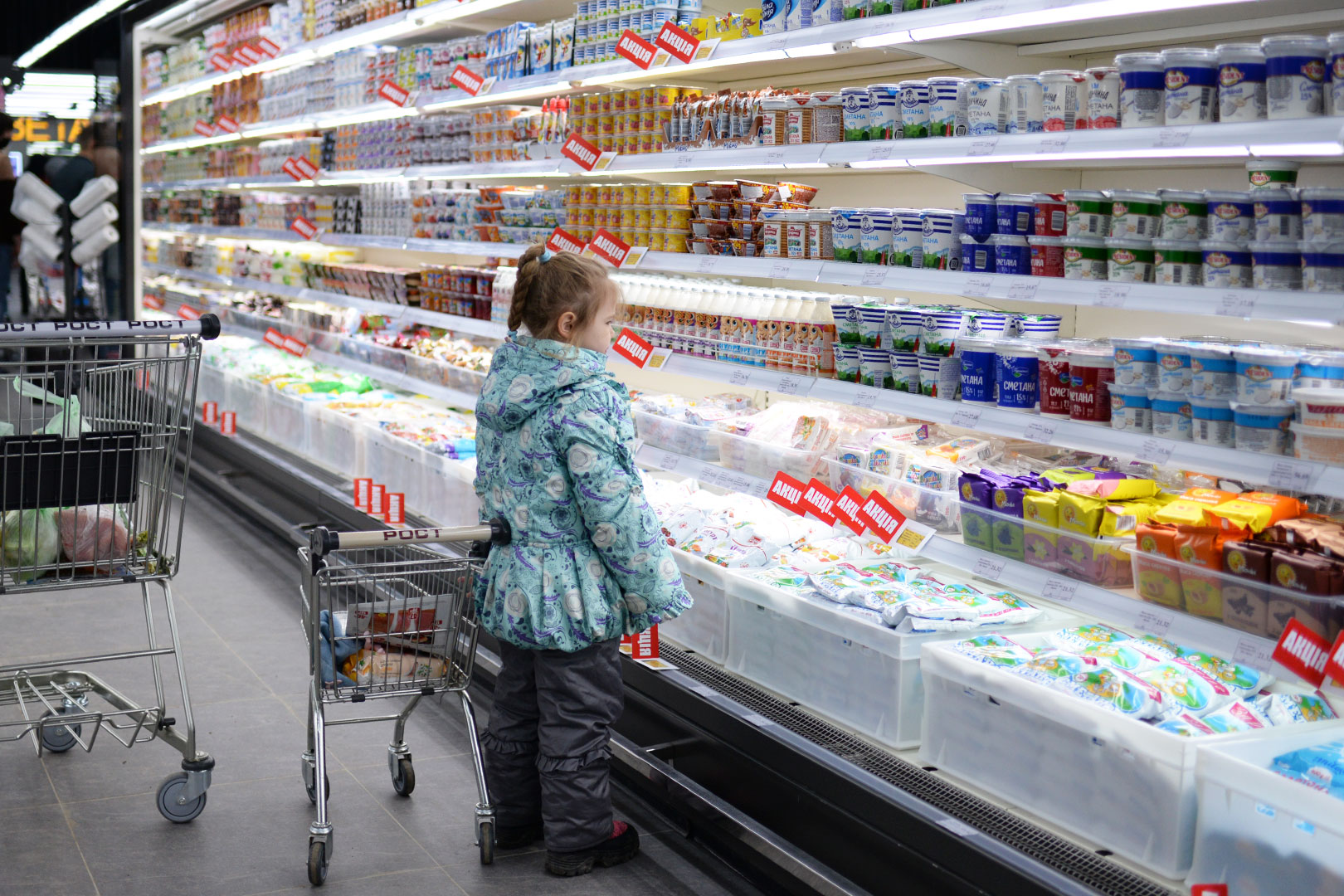 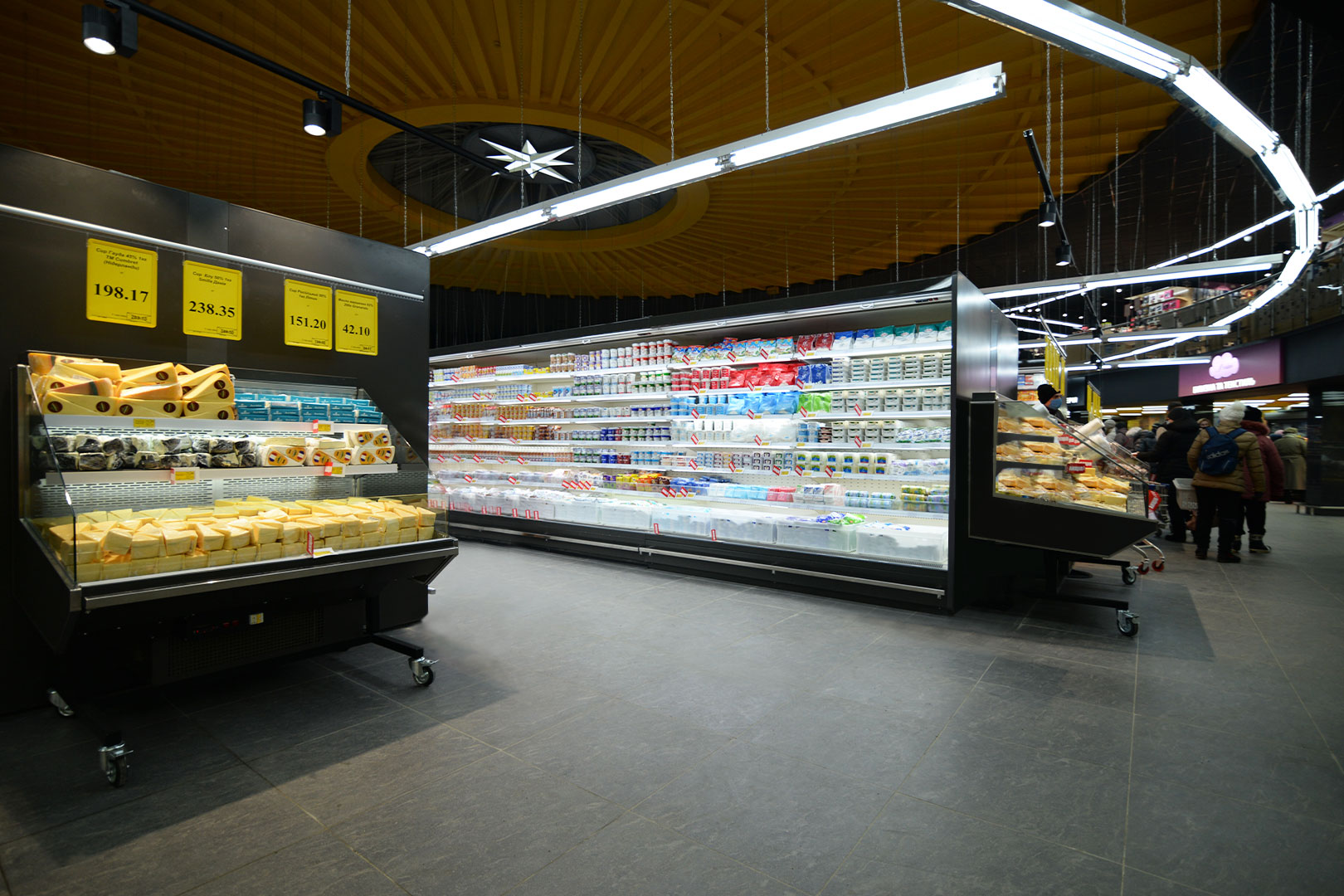 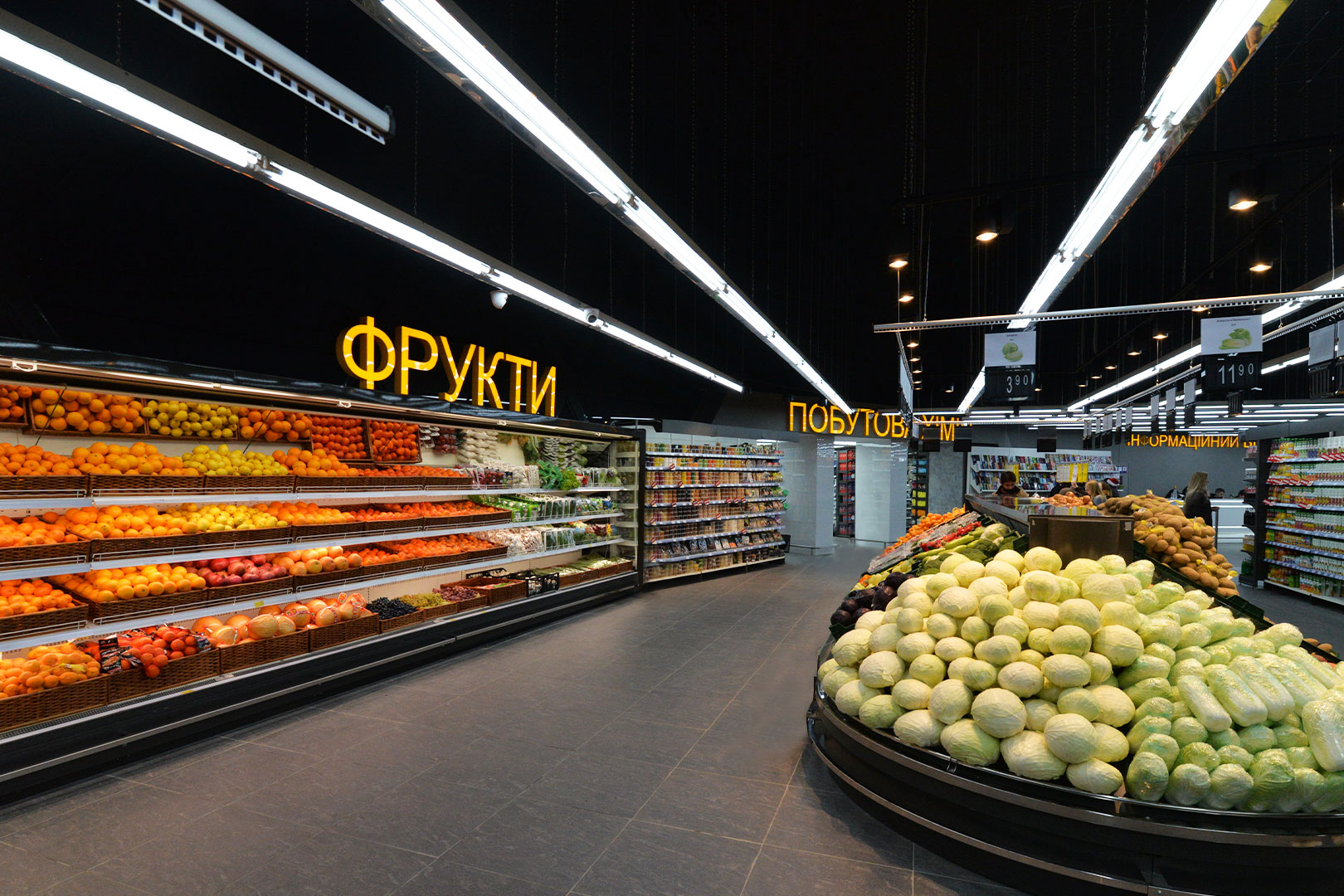 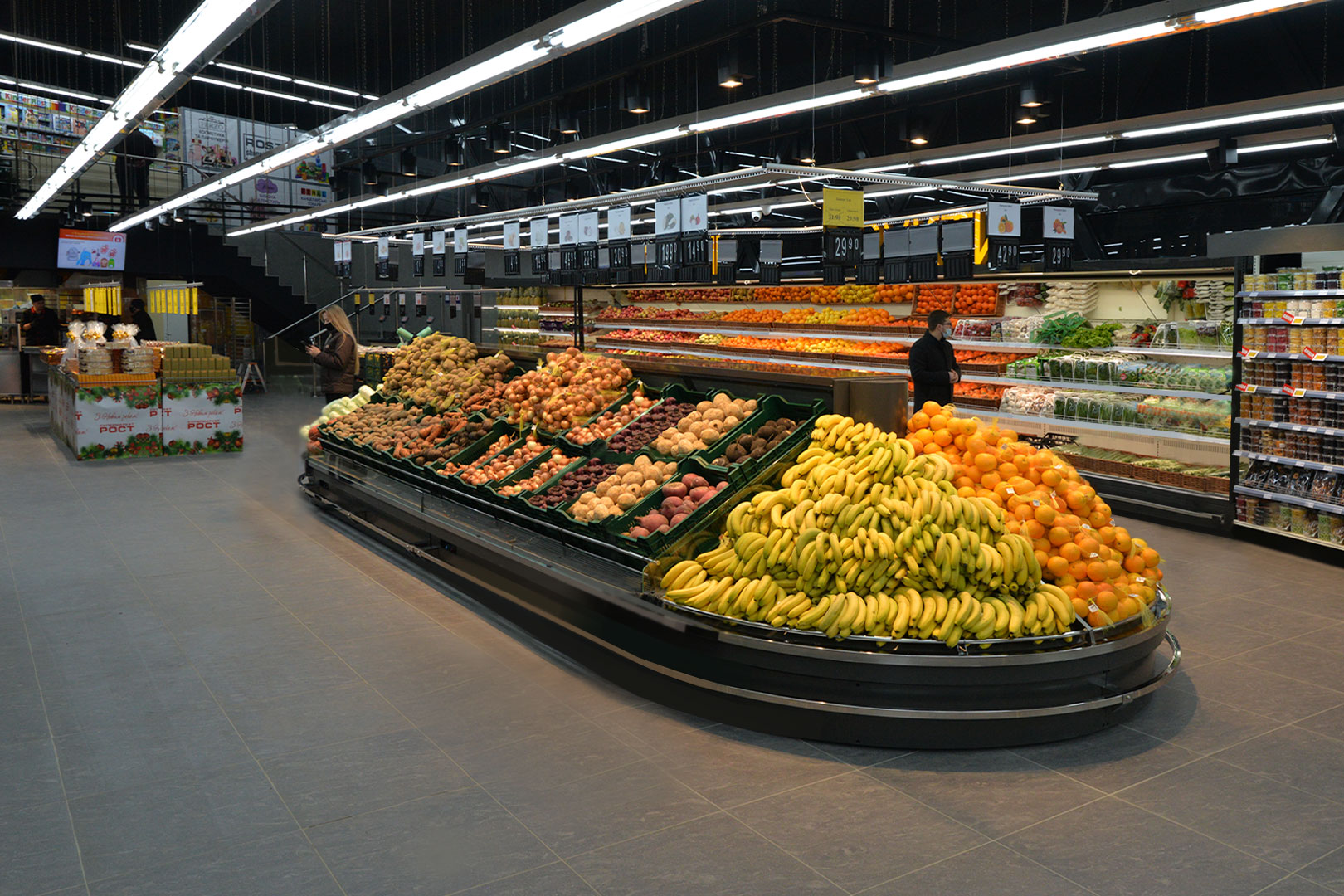 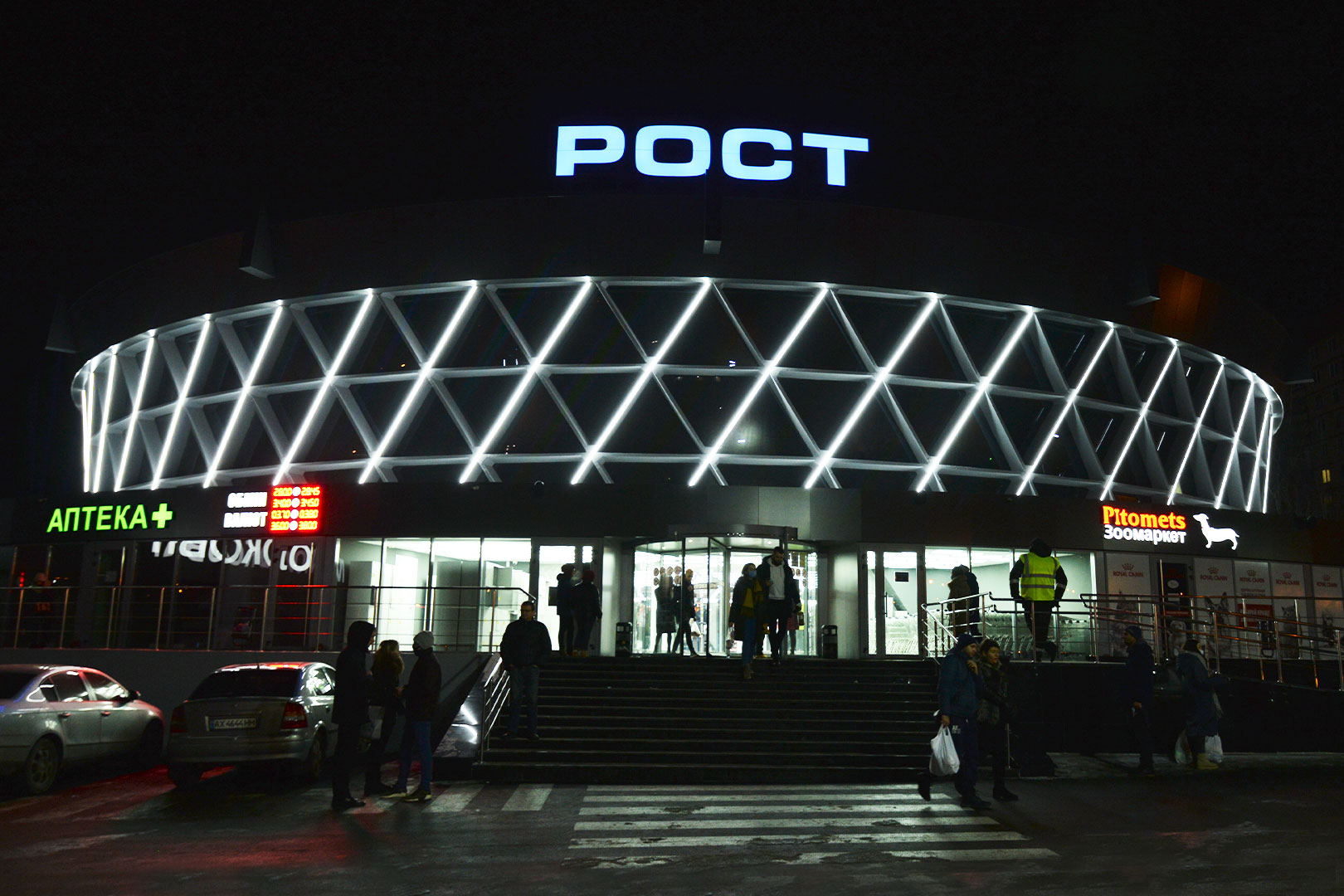